We are already halfway through the second week, but we will briefly summarize what we did in the first week of work. On Monday we got to collect the key from the shed where we’re working. Then we were able to move the trailer.

There is still lots of stuff that doesn’t belong to us in the shed, but we have just enough room to be able to work there. During the first week we’ve made part of the floor. Almost all the tools we need, we can borrow from our parents and other family members. This saves us a lot of money. We started by covering the fram of the trailer with a layer of rubber granulate to avoid the metal from making contact with the wood. Then we made a lumber frame which will sit on top op that. Then we turned this frame over in order to cover the bottom with waterproof plywood. Before securing the plywood to the frame, we removed the area’s where the wheel arches would be. After everthing was secured in place with screws, we covered all the seams using some strong duct tape. This may sound a bit strange, but it keeps the water out. All the attached plywood made the frame much heavier than it was before, but with the help of family we managed to turn it right side up again. That was about everything we did during the first week. It may not seem like much, but it is more work than it appears to be. 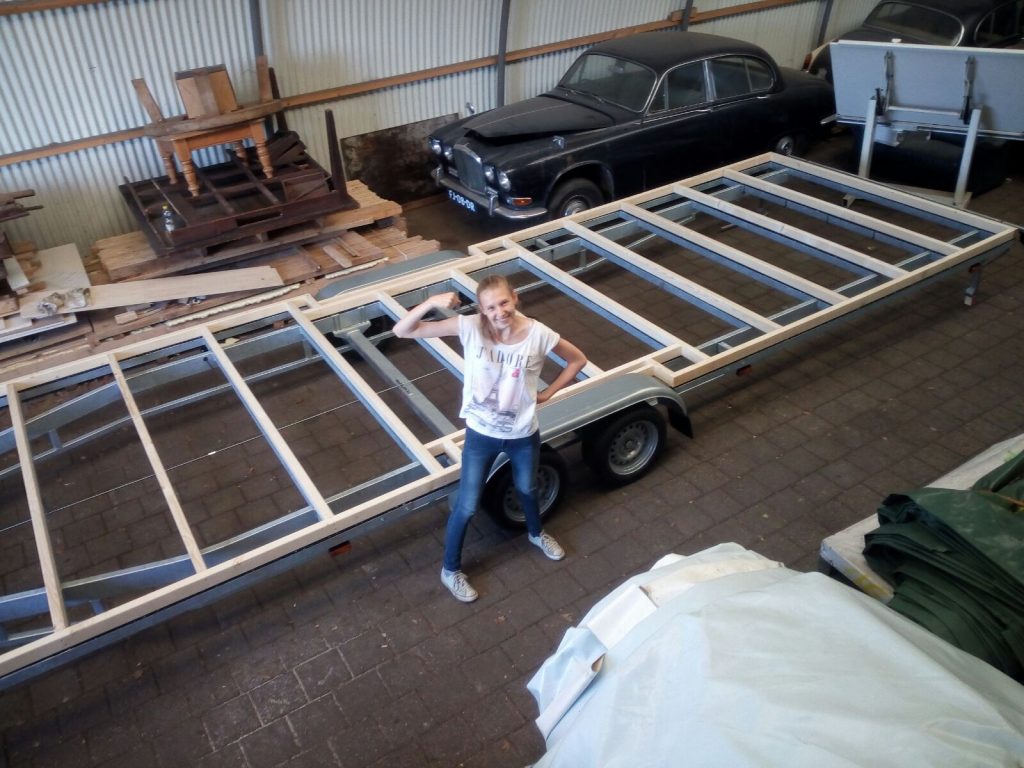 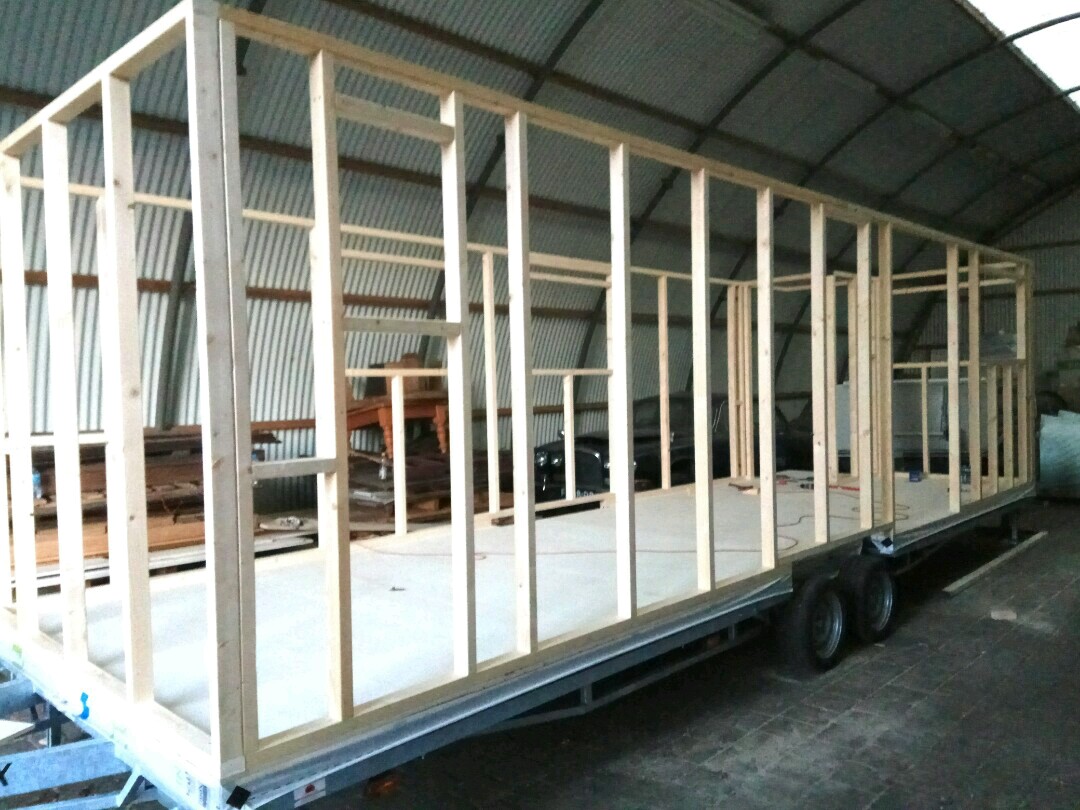 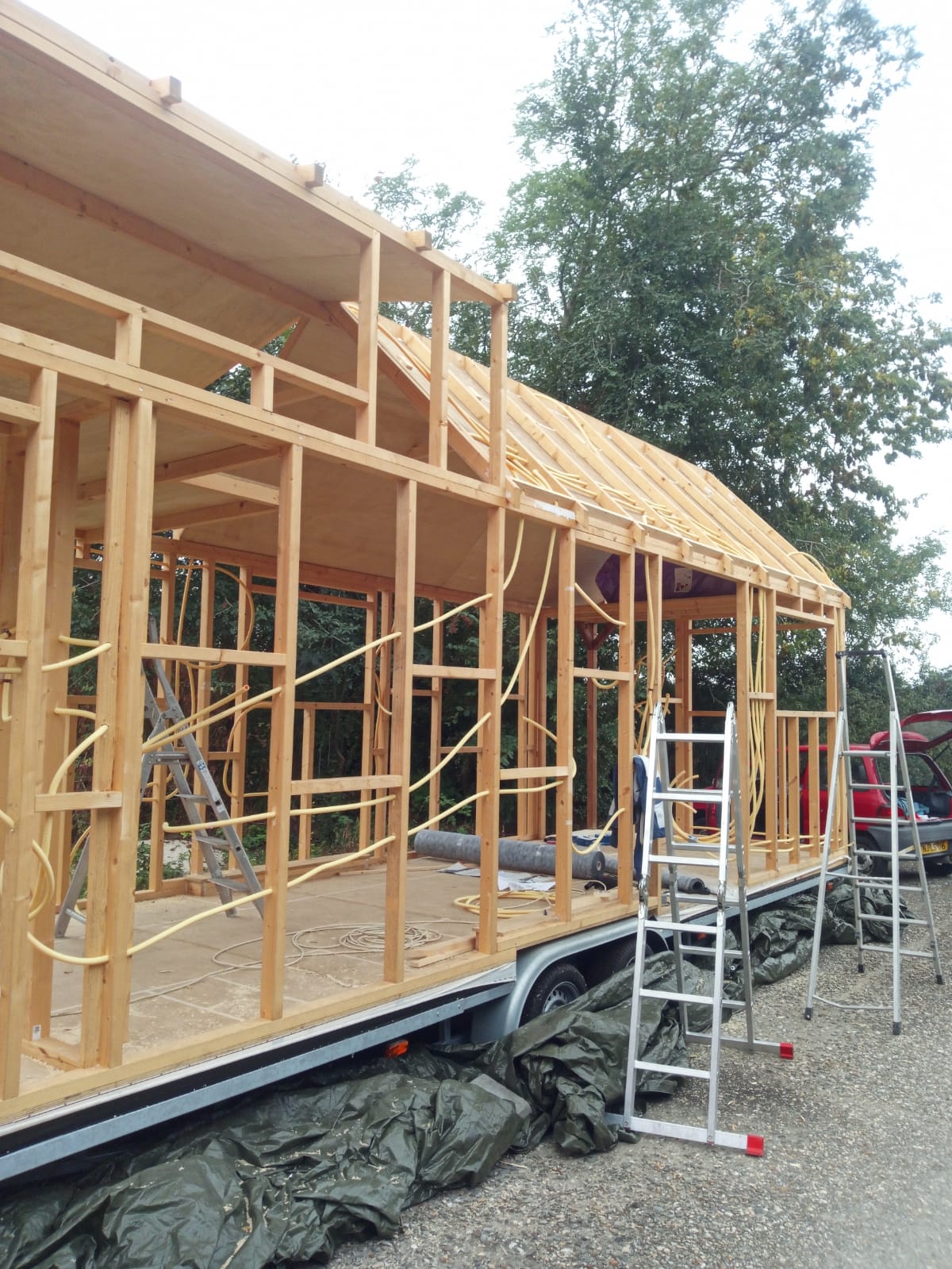 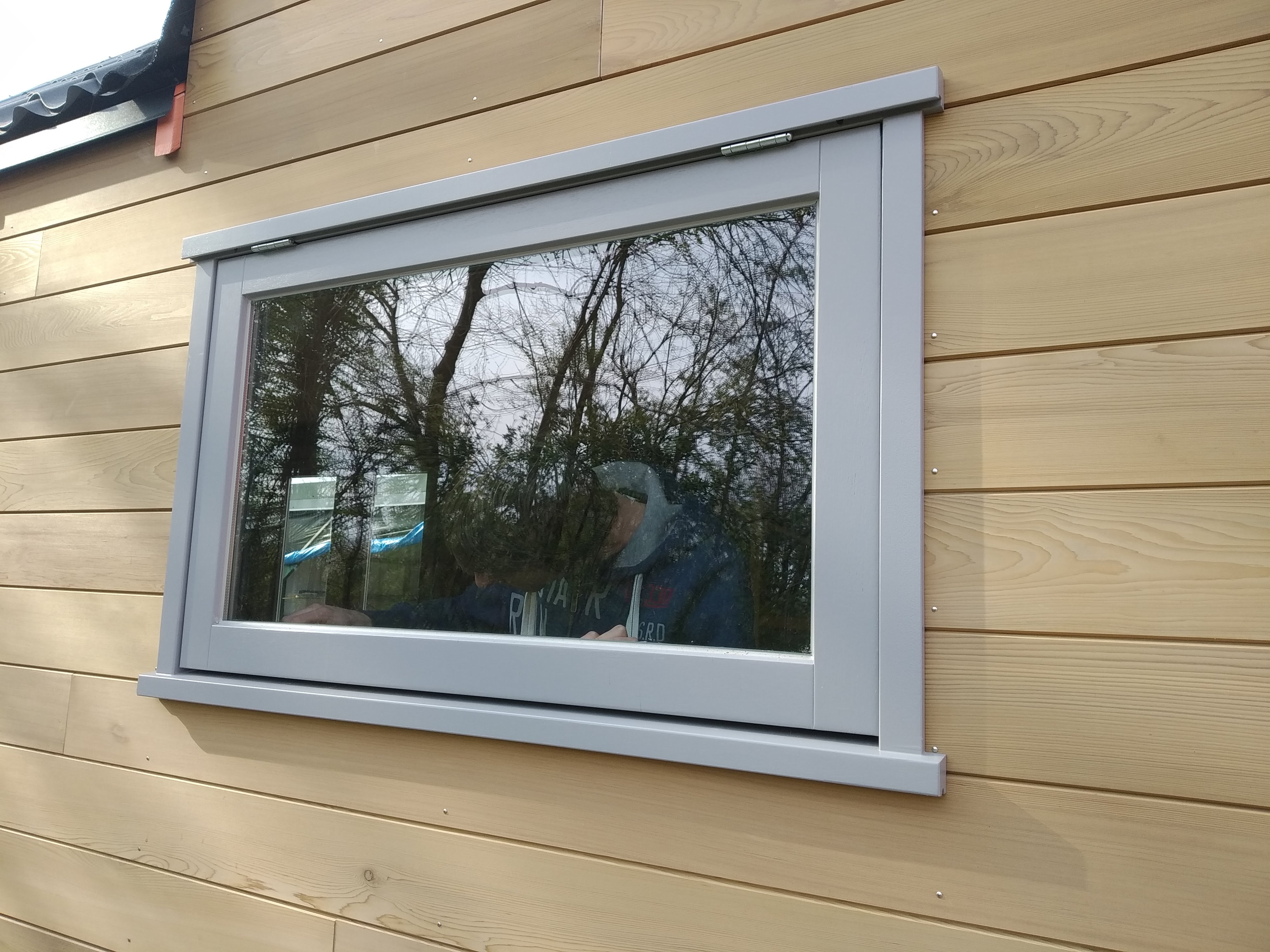 This website uses cookies to improve your experience. We'll assume you're ok with this, but you can opt-out if you wish.Accept Read More
Meld je nu aan voor de nieuwsbrief!